The Grand opened 21st July 1864. The Grand’s Victorian legacy can be spotted in the scagliola pillars and cornicing, the vaulted ceilings hint at the division of rooms and the majestically sweeping staircase leading seven floors up to a domed cupola. In 1872 Napoleon III and the Prince Imperial were among the distinguished guests to stay. HRH Prince Edward of Saxe-Weimar stayed on numerous occasions during the 1880’s. In the sixties, Prime Minister Wilson held a Cabinet meeting in the suite. Numerous state visitors and politicians have stayed at the Grand, since Louis Napoleon III appeared from the first floor balcony to wave at the crowds. Many celebrities and stars who visit Brighton stop off at The Grand, either for a luxurious night’s sleep or a cocktail in the bar. It’s a popular place for star spotting. It was the star of the big screen when Quadrophenia, Brighton’s seminal film about the clash of the Mods and Rockers in the sixties, featured Ace the Bellboy (played by Sting) working at The Grand. On the small screen there has been episodes of famous programmes set at the hotel Eastenders, Coronation Street, Only Fools and Horses, Judge John Deed have all featured the Grand.

With its sumptuous Renaissance style, The Grand Brighton has a magnificent location on Brighton’s seafront and is just a 10-minute walk from Brighton Pier.

The rooms at The Grand Brighton have high-quality furnishings, including Egyptian cotton bed linen and bathrobes. Each room includes free WiFi and a flat-screen TV with satellite channels and some Sky channels.

With uninterrupted views of the seafront, the stylish cocktail bar and terrace serves traditional Sussex cream teas. Guests can also enjoy a fantastic meal in the restaurant.

In the heart of vibrant Brighton, this iconic hotel is a 5-minute walk from The Lanes shopping streets and a 10-minute walk away from the Royal Pavilion. Gatwick Airport is 45 km from the property. Limited on-site parking is available on a first-come first-served basis. 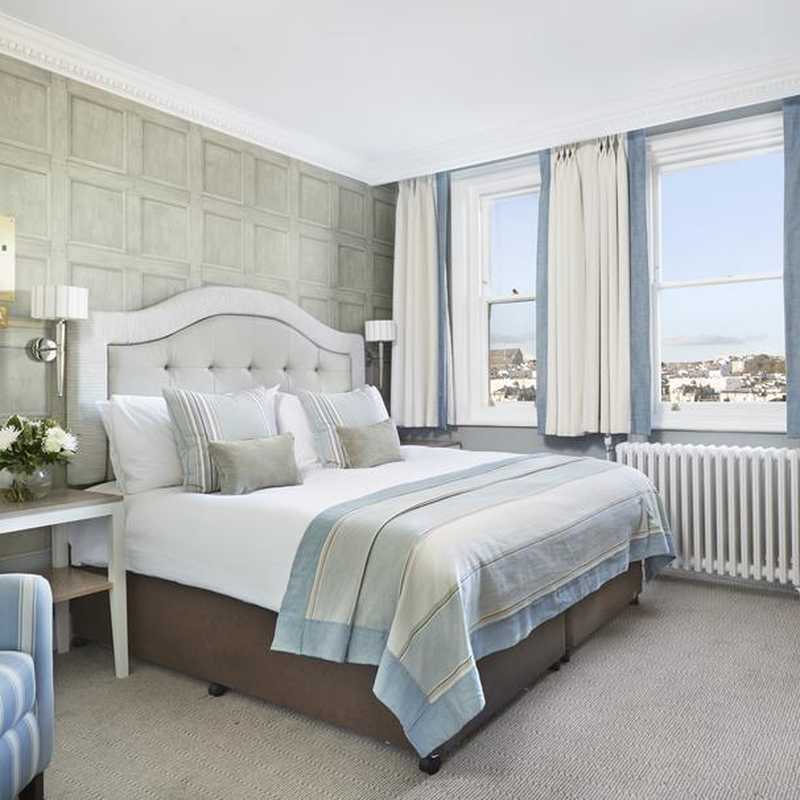